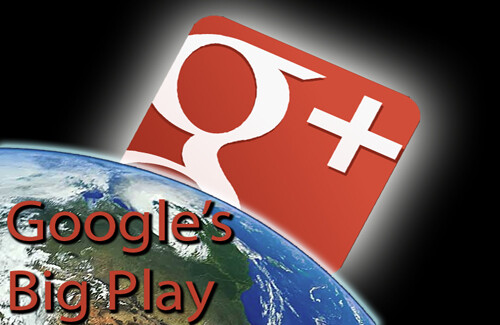 Big changes from Google this week with Google Places pages going away, replaced by Google+ Local Pages.  Most of the coverage has focused on the search engine implications of this change.  That makes sense as the immediate impact will be on local businesses with new and improved Google+ Local Pages.

But the social media impact could be huge.  Google+ has been growing its membership.  Unlike the fast forward growth of newcomers like Pinterest, which has received a lot of attention, Google+ has been growing with less attention.  It reached 25 million users in a fraction of the time it took Twitter and Facebook.  But after several false starts (RIP in Google Buzz), there’s a lot of skepticism that Google might have finally gotten it right.  Yet it appears that that is what happening, what with 170+ million members and a growth rate of 10 million per month.  At that rate, Google+ will take the second spot from Twitter in less than a year.

Google Places going away is the latest change that will provide another injection of attention for Google+.  The change will NOT directly integrate into Google+.  You can still have a Google+ Local Page and not be a Google+ member.  In reality, the Local pages will be closely related to Google+ and a bridge to more business memberships.  This is a nice way to contrast with Facebook, which has hardly had a friendly record with businesses.  Businesses have been pleading for a long time to be able to receive private messages on Facebook, which finally happened with Timeline.  Even this change Facebook had to slap businesses around by giving business pages 30 days to upgrade to Timeline, a forced change in stark contrast with personal profiles that still haven’t had to upgrade.  It’s not that we’re bitter–okay, maybe a little–and Facebook is still #1 and the best social network to have a business presence on.  With that said, we added Google+ to our social media management services some months ago.

And yet Google+ may soon provide a serious challenge to Facebook’s growth (it’s far too soon to say Google+ will actually challenge Facebook as a viable social network, so let’s stick to growth right now).  Peeling businesses off with new and improved Local pages one-step-removed from Google+ is another way to grow with a jilted group of Facebook users.  And how long will these new Local pages not be directly integrated into Google+?  How long until businesses can select a social network that is directly part of the largest search engine on the planet, as well as one that is listing their business on maps and with their own pages?  Pages that starting now can collect follows of their own?  Shrewd move Google, very shrewd.