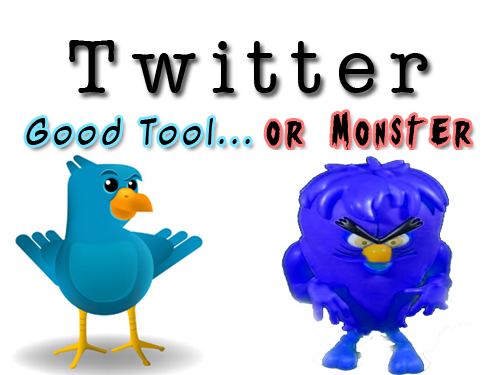 Twitter is social media for the sound byte, for those who want condensed, short messages without any fluff.  With 70+ million users, Twitter solidly holds the #2 spot behind Facebook in social media site rankings.  Twitter is also firmly ensconced in pop culture.  Charlie Sheen took to Twitter (or at least his social media manager did) after the big huff over his departure from the TV Show “Two and a Half Men”.  Twitter also led to the downfall of a member of the U.S. House of Representatives this year and I doubt he’ll be the last.  On the business side of things, big corporations, small businesses, and other individuals are tweeting more and more.

So why with all of that is Twitter’s value questioned more than Facebook, more than YouTube, and more than LinkedIn?  During meetings with prospective and actual clients, Twitter is by far the most challenging in regards to communicating its value.  There are several reasons for this, and counterpoints included beneath each one.

1) Twitter’s shortness.  What can you convey in 140 characters, including spaces, which is what Twitter allots you per tweet?  A lot of folks have a hard time wrapping their brains around business messaging that is so short.  How can you convey value in a line or two of text?

It’s understandable that crunching messaging down can be unnerving, but some of the most effective marketing messages are SHORT.  People’s attention span is short, and growing shorter yet.  I can think of several brilliantly brief marketing messages from “got milk?” to “where’s the beef?” that lifted a product’s marketing campaign for several years.  It’s hard to go shorter, but think of Twitter as your online billboard.  People are driving by fast, but that does not mean that some short, effective messaging won’t turn heads.

2) Reading vs. being read.  Another concern about Twitter is in following others to get followed.  If you follow 500 people/organizations, that’s 500 sources for tweets that you have to wade through every day.

The goal of Twitter for marketing campaigns and businesses is not to read others’ tweets, but to have them read yours.  You should monitor your messages and by all means read some of the folks you’re following, but do not treat it as an obligation or time suck.  The central purpose of being on Twitter is to have others take the time to read your posts, not vice versa.

3) Is Twitter a dead end?  People read your Tweets and they appear to like them, with some retweeting (sharing of Twitter messages with their followers) and kind responses.  But so what?  That has not increased business and there does not appear to be a good way to convert Twitter interest into leads or business.

Twitter is just one of the (hopefully) many moons of your social media campaign.  Those moons serve the purpose of beaming traffic down to your planet/website.  Then your website takes over with more information, contact methods, etc.  You can channel traffic to your website in a few ways.  The most obvious is to include a shortened url in your Twitter post.  You have to make sure not to overdo that (some folks will avoid tweets with frequent url postings), but it’s effective in drumming up traffic from an active Twitter profile.

Bottom Line:  Twitter is a major player in social media.  Even many who originally derided Twitter have started to come around to it.  Most of what you’re posting on Facebook or displaying on YouTube can be “Twitterfied” into short, punchy messages that can create interest in your website, service, and/or business.

We use all of the above tips and tricks, plus a lot more, to create engaging and interesting Twitter profiles for our clients.  That includes graphic design, posting tweets, and collecting followers.